Thanks to Our Donors for Supporting This Research 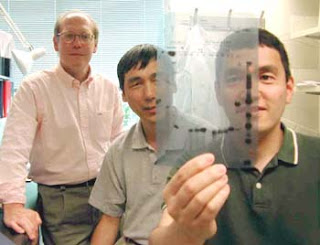 Deletion of a subset of the D4Z4 macrosatellite repeats in the subtelomeric region of chromosome 4q causes facioscapulohumeral muscular dystrophy (FSHD) when occurring on a specific haplotype of 4qter (4qA161).

Several genes have been examined as candidates for causing FSHD, including the DUX4 homeobox gene in the D4Z4 repeat, but none have been definitively shown to cause the disease, nor has the full extent of transcripts from the D4Z4 region been carefully characterized.
Using strand-specific RT–PCR, we have identified several sense and antisense transcripts originating from the 4q D4Z4 units in wild-type and FSHD muscle cells.
Consistent with prior reports, we find that the DUX4 transcript from the last (most telomeric) D4Z4 unit is polyadenylated and has two introns in its 3-prime untranslated region.
In addition, we show that this transcript generates

Transfection studies demonstrate that translation initiation at an internal methionine can produce the C-terminal polypeptide and developmental studies show that this peptide inhibits myogenesis at a step between MyoD transcription and the activation of MyoD target genes.
Together, we have identified new sense and anti-sense RNA transcripts, novel mRNAs and mi/siRNA-sized RNA fragments generated from the D4Z4 units that are new candidates for the pathophysiology of FSHD.

Posted by fshfriends at 9:24 AM